Behold Tarkus, the mighty mythical beast! Rarely has such a powerful image come to define both a band and a genre of rock music with such forthright aggression. But Tarkus not only consolidated the group’s success, but established progressive rock’ an important facet of Seventies’ music.

The cover artwork was commissioned from the painter and graphic designer William Neal. 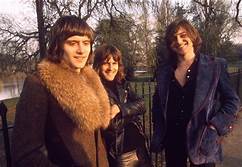 Be the first to review “Emerson, Lake and Palmer: Tarkus” Cancel reply