“Emerson, Lake and Palmer” is the debut album of British progressive rock band Emerson, Lake & Palmer, released in 1970. The album was intended not as an effort by a unified band, but as a general collaborative recording session, and as such, some of the tracks are essentially solo pieces. The cover art painting is by the British artist Nic Dartnell. 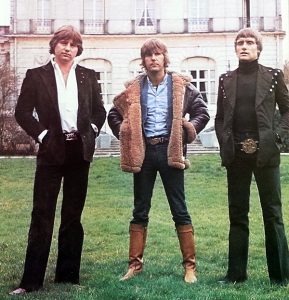