“Their Greatest Hits 1971-1975” is the fifth album by the American rock band The Eagles, and is a compilation of singles released on Asylum Records in 1976.

In 2017, the album was selected for preservation in the National Recording Registry by the Library of Congress as being “culturally, historically, or artistically” significant. 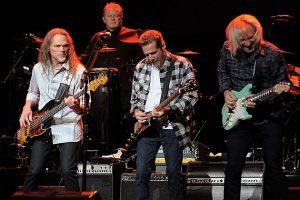