“Hotel California” is an album released by Eagles in late 1976. It is the first Eagles album without founding member Bernie Leadon and the first album with Joe Walsh. It is also the last album featuring original bass player and singer Randy Meisner. 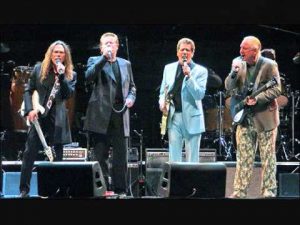