“Second Album” was the second album released by British rock group Curved Air. Both variations of the album cover include a rainbow, a reference to the album “A Rainbow in Curved Air”, from which the band took their name.

Although Curved Air was plagued by personnel changes, they managed to forge a distinctive sound over the course of three great and highly recommended albums including Air Conditioning (1970), 2nd Album (1971), and Phantasmagoria (1972). 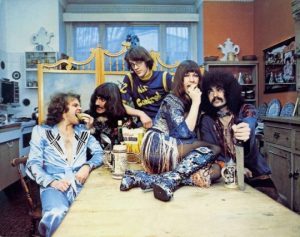