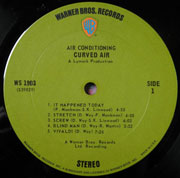 “Air Conditioning” was the November 1970 debut album by Curved Air.

The album was the first vinyl picture disc released as a limited edition of 10,000. Since picture disc technology was in its infancy the result was a high level of surface noise the emanated from those discs.

The disc was re-issued in conventional album format (the “Green Label” edition), with a photo of the original picture disc on the album cover. 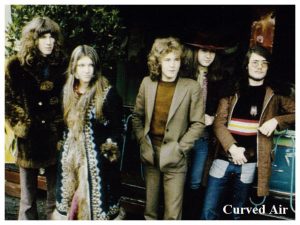