Zoot Allures is a 1976 rock album by Frank Zappa. This was Zappa’s only release on the Warner Bros. Records label. Due to a lawsuit with his former manager Herb Cohen, Frank Zappa’s recording contract was temporarily reassigned from DiscReet Records to Warner Bros. Original Label. LP Warner Brothers BS 2970 1976 ***** 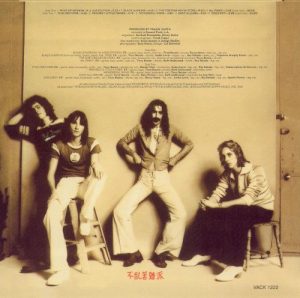 “Zoot Allures” is an album by Frank Zappa, originally conceptualized as a double LP, but subsequently shortened to a single album and released in 1976.  The title is a pun on the French expression “Zut Alors”, which conveys mild surprise.

Zappa played a test pressing of the original album for Circus Magazine in 1976, which reported a radically different, though slightly erroneous track listing that included “Sleep Dirt”, “The Ocean Is the Ultimate Solution”, “Filthy Habits”, and “Night of the Iron Sausage”.

The former three tracks eventually surfaced on the 1979 LP Sleep Dirt and the posthumous LP Lather. “Night of the Iron Sausage” remains unreleased, but was seemingly intended to be a guitar solo of fair length. “Wind Up Working’ In A Gas Station” and “Zoot Allures” were absent from test pressings.

Zappa recorded the album after completing a world tour with a band including Napoleon Murphy Brock on Tenor Sax and Vocals, Andre Lewis on Keyboards, Roy Estrada on Bass and Terry Bozzio on Drums. However, this band appeared only on the live track “Black Napkins” with only Bozzio retained to play on the sessions, although Lewis and Estrada contributed backing vocals.

By the time Zoot Allures was finished, Zappa had begun forming a new live band, including Bozzio, Patrick O’Hearn and Eddie Jobson, who were pictured on the cover with Zappa, although the latter two did not perform on the album.

After Zappa’s death, one of the band’s 1976 concerts was released as FZ : OZ. 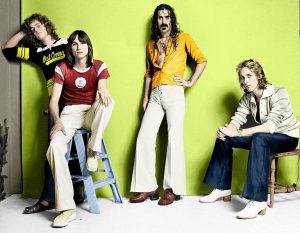