“Gone to Earth” was the second full-length solo album by David Sylvian and was released in 1986.

It was an ambitious two-record set, featuring one LP of vocal tracks and one consisting entirely of Ambient music tracks. 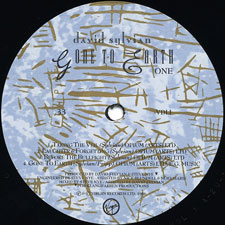 Be the first to review “Sylvian, David: Gone To Earth” Cancel reply