“Dancing in the Dark”  (EP) is a song released as a Limited Edition single, written and performed by American rock singer Bruce Springsteen. It became his biggest hit and was the first single released from “Born in the U.S.A.” The track has since gone on to be listed as one of The Rock and Roll Hall of Fame’s 500 Songs That Shaped Rock and Roll. 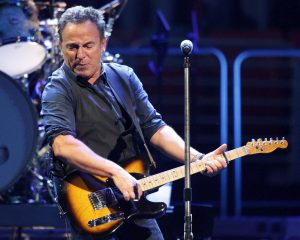 Be the first to review “Springsteen, Bruce: Dancing In The Dark (EP)” Cancel reply