“The High Road” is a live EP by the English rock band Roxy Music and was recorded at the Apollo in Glasgow, Scotland on 30 August 1982 during the band’s Avalon tour.“The High Road” is Roxy Music’s second live release with only four over-five minute tracks, two of them cover songs and one a Ferry solo effort originally release on “The Bride Stripped Bare”. It features four tracks, two of which are covers, including Roxy Music’s no.1 hit version of John Lennon ‘s ” Jealous Guy ” and Neil Young ‘s ” Like A Hurricane “. Limited Edition. 12” EP. Warner 23808-1B. NM***** 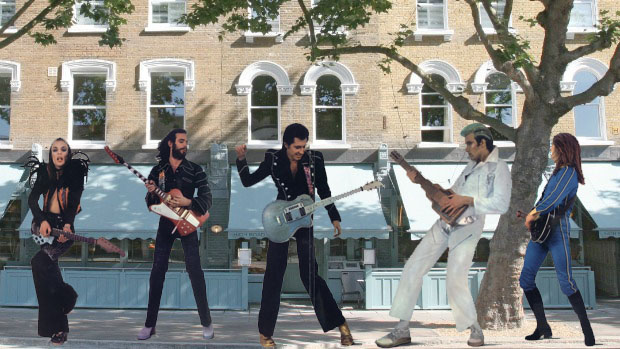 Be the first to review “Roxy Music: The High Road” Cancel reply