Like most of his largely fantastic post-Animals work, Alan Price’s soundtrack to the 1973 film, O Lucky Man!, went almost completely unnoticed in the United States at the time of its release. It is a shame too, because the soundtrack holds together as one of the best albums Price ever put out. 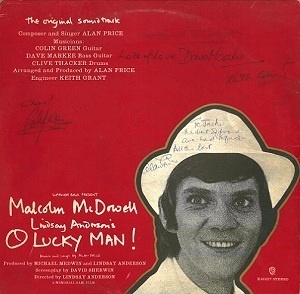