Fly is the second album by Yoko Ono, produced by she and John Lennon, and released in 1971 in a complete avant-garde/Fluxus package in a gatefold sleeve that came with a full-size poster and a postcard to order Ono’s book Grapefruit.

Ono had to re-record her vocals on “Open Your Box”, on 4 March 1971 at Abbey Road Studios, after a managing director of EMI called the lyrics “distasteful”. The song featured a line that went “Open your trousers, open your skirt, open your legs and open your thighs“. “Trousers”, “skirt”, “legs”, and “thighs” were changed to “houses”, “church”, “lakes”, and “eyes”. 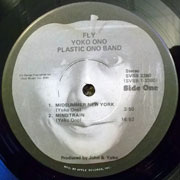 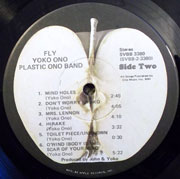 Be the first to review “Ono, Yoko: Fly” Cancel reply