“Instant Replay” is the seventh studio album by The Monkees.

Issued six months after the cancellation of the group’s NBC television series, it is also the first album released after Peter Tork left the group and the only album of the original nine studio albums that does not include any songs featured in the TV show from the original NBC run nor the CBS/ABC reruns. 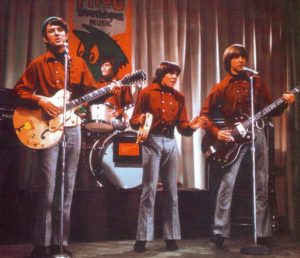 Be the first to review “Monkees, The: Instant Replay” Cancel reply