“Let It Flow” is a solo album by Dave Mason, released in 1977. Let It Flow was Mason’s biggest selling album while on Columbia Records.

Dave Mason played guitar on the first three Traffic albums before going solo. This was his most successful solo album he did, and would get a lot of airplay at the time with songs like” We Just Disagree”. 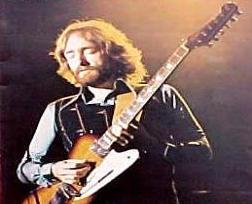 Be the first to review “Mason, Dave: Let It Flow” Cancel reply