“Loggins and Messina” is the second album by singer/songwriters Kenny Loggins and Jim Messina, released in 1972.

Originally slated to be Kenny Loggins’solo debut, it was to be produced by Messina, whose name would help introduce Loggins to his own established audience. However, by the record’s completion in 1971, such was Messina’s contribution to the project that it became a joint release, “Kenny Loggins With Jim Messina* – Sittin’ In”.

The album’s success led them to formalise the duo, Loggins & Messina. 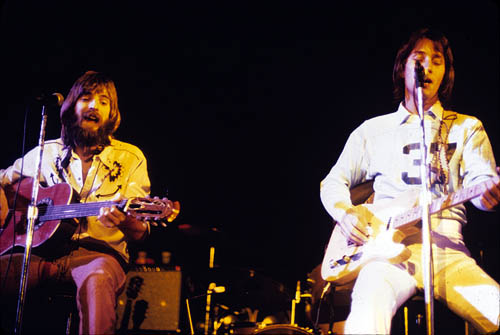