Led Zeppelin: In Through The Out Door

Led Zeppelin: In Through The Out Door

“In Through the Out Door” was Led Zepplin’s eighth and final studio release to reach the top of the charts in America. Original Label. Letter “F” is on the spine. Brown paper bag still intact. LP. Swan Song SD 16002 1979 NM***** 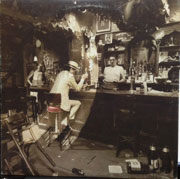 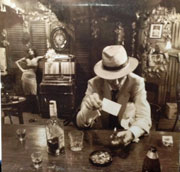 Add to Wishlist
SKU: SER000696W Category: Rock Tag: In Through The Out Door|Led Zeppelin

“In Through the Out Door” was Led Zeppelin’s eighth and final studio release to reach the top of the charts in America, and was the last released by the band before the death of drummer John Bonham in 1980.

The album was named by the group to describe its recent struggles amidst the death of Robert Plant’s son Karac in 1977, and the taxation exile the band took from the UK.

The original album featured an unusual gimmick: the album had an outer sleeve which was made to look like a plain brown paper bag (reminiscent of similarly packaged bootleg album sleeves with the title rubber stamped on it), and the inner sleeve featured black and white line artwork which, if washed with water, would become permanently fully colored. There were also six different sleeves featuring a different pair of photos (one on each side).

Be the first to review “Led Zeppelin: In Through The Out Door” Cancel reply