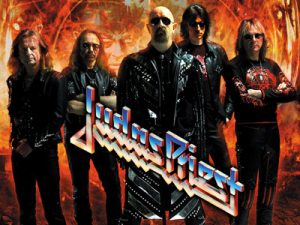 “Point Of Entry” is the seventh album from Judas Priest. It was released on 26 February 1981. Using their own equipment they recorded this LP at the state-of-the-art Ibiza Studios in Spain. This gave “Point Of Entry” a louder, stronger, more “live” sound than previous Judas Priest albums.
The North American cover differed from the rest of the world, this being repeated with the remaster. The US artwork featured computer printer paper to simulate the line in the middle of the road, and white cardboard boxes on the back. The artwork also saw the introduction of the 3D Judas Priest logo, which would be used up to“Turbo”. 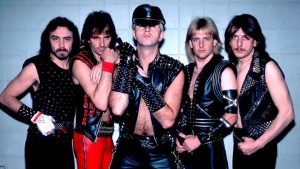 Be the first to review “Judas Priest: Point Of Entry” Cancel reply