“Double Vision” is the second studio album by British/American rock band Foreigner, released in 1978. It features the band’s signature song “Hot Blooded“, which peaked at #3 on the Billboard Hot 100.

Recorded between December 1977 and March 1978, it was Foreigner’s only album co-produced by Keith Olsen and the last recording with bass guitarist Ed Gagliardi who would be later replaced by Rick Wills. 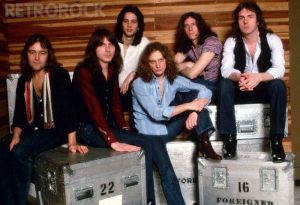 Be the first to review “Foreigner: Double Vision” Cancel reply