Fleetwood Mac: Then Play On (Re-issue)

Fleetwood Mac: Then Play On (Re-issue)

“Then Play On” is the third studio album by British blues rock band Fleetwood Mac, released 19 September 1969 on Warner/Reprise Records after being lured away fro Blue Horizon Records. It was the first of their original albums to feature Danny Kirwan and the last with Peter Green. Jeremy Spencer did not feature prominently on the album apart from “a couple of piano things” according to Mick Fleetwood.

The album, appearing after the group’s sudden success in the pop charts, offered a broader stylistic range than the classic blues of the group’s first two albums. The album went on to reach #6 in the UK, subsequently becoming the band’s fourth Top 20 hit in a row, as well as their third album to reach the Top 10.

The title is taken from the opening line of William Shakespeare‘s play Twelfth Night— “If music be the food of love, then play on”. 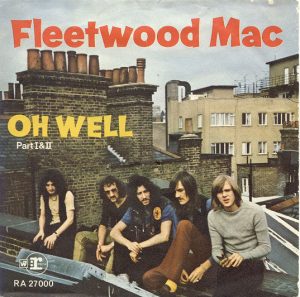 “Then Play On” is the third studio album by British blues rock band Fleetwood Mac, released 19 September 1969 on Warner/Reprise Records after being lured away fro Blue Horizon Records.

Fleetwood Mac are a British-American rock band, that formed in London in 1967. The band has sold more than 100 million records worldwide, making them one of the world’s best-selling bands. Fleetwood Mac was founded by guitarist Peter Green, drummer Mick Fleetwood and guitarist Jeremy Spencer. They lacked a permanent bass guitarist for the first few months before Green convinced John McVie to join, establishing the first stable line-up in time to record their self-titled debut album.

Danny Kirwan joined as a third guitarist in 1969, and keyboardist Christine Perfect, who was used as a session musician starting with the second album, later married John McVie and joined the band in 1970. In 1998, selected members of Fleetwood Mac were inducted into the Rock and Roll Hall of Fame, and received the Brit Award for Outstanding Contribution to Music.

“If music be the food of love, then play on”. 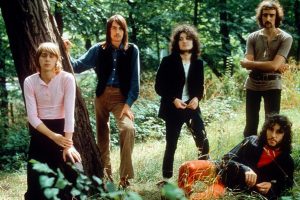 Be the first to review “Fleetwood Mac: Then Play On (Re-issue)” Cancel reply