“English Rose” is a compilation album by Fleetwood Mac, released in January 1969. It was originally a US-only compilation, combining six tracks from the UK release Mr. Wonderful (Tracks 1, 3, 5, 6, 8, and 11), three UK non-album single sides (Tracks 2, 7, and 12), two not-yet-released songs from the UK version of “Then Play On” (Tracks 9 and 10) and one other previously unreleased track (Track 4).

The album was released some months before the UK release of “The Pious Bird of Good Omen”, sharing five songs with that album. Mick Fleetwood appears in drag on the cover. 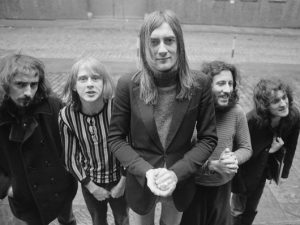