“Ark 2” is the first and only album released by the British rock band Flaming Youth. It was a concept album released in October 1969, the album featured the theme of an evacuation from a dying Earth.

Although the album today remains difficult to obtain, it has been reprinted in various markets mainly for the novelty of Phil Collins’ first major label recording. Collins was the group’s drummer, and Ark 2 was his last recording before auditioning for Genesis the following year. 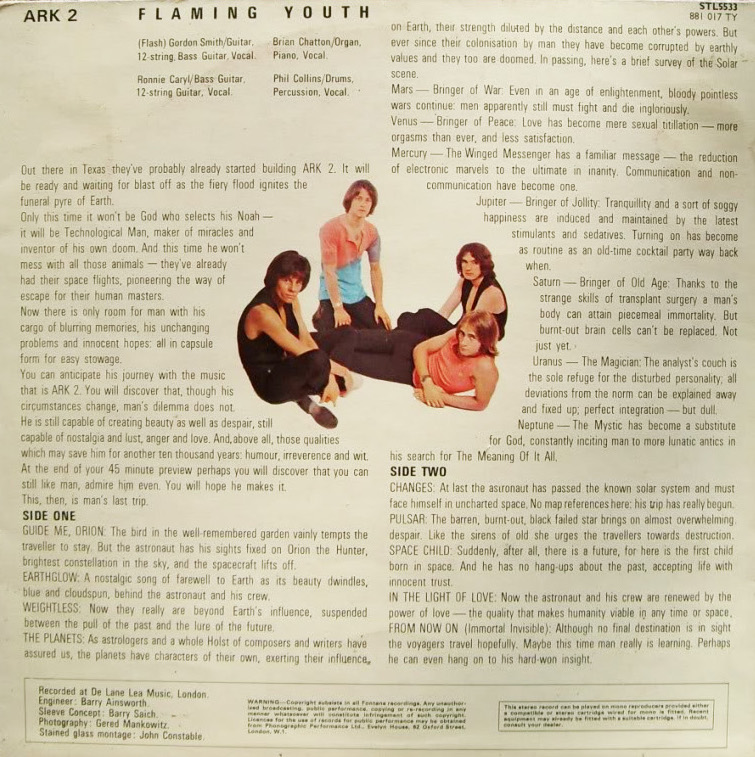 Be the first to review “Flaming Youth: Ark 2” Cancel reply