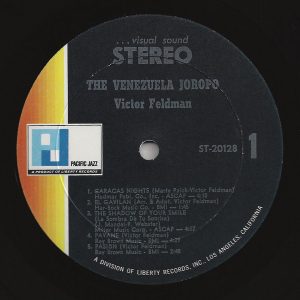 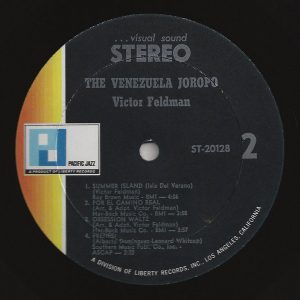 The typical Venezuelan ensemble of Spanish harp, Cuatro (a small four-string guitar) and Maracas, does not at first glance appear to lend itself to easy assimilation with jazz. It is a real tribute to the imagination and good taste of Victor Feldman that this first attempt should be musically such a success. LP release only.

Out of Print. Never released on CD. Includes Review Clipping from Down Beat 5/16/1968. 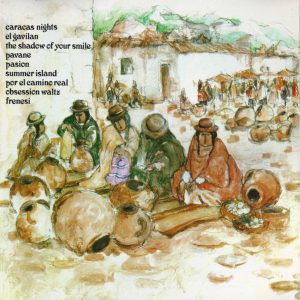 Be the first to review “Feldman, Victor: The Venezuela Joropo” Cancel reply