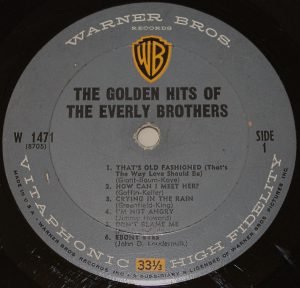 They were elected to the Rock and Roll Hall of Fame in 1986.

Issued by WARNER BROS. in 1962, “The Golden Hits Of The Everly Brothers” was available on both a gray mono label and a burnished gold stereo one. Eleven of these dozen cuts were charting singles. 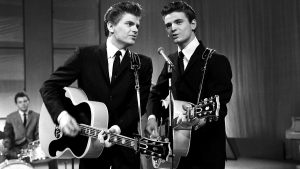