Easybeats, The: Friday On My Mind

Easybeats, The: Friday On My Mind 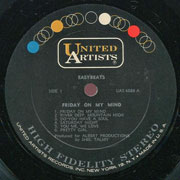 “Friday on My Mind” is a 1966 song by Australian rock group The Easybeats. Written by band members George Young and Harry Vanda, the track became a worldwide hit, reaching no. 16 on the Billboard Hot 100 chart in May 1967 in the US, no. 1 on the Dutch Top 40 chart, no. 1 in Australia and no. 6 in the UK, as well as charting in several other countries.

In addition to its 7″ single release in late 1966, the song was issued in the United Kingdom on the band’s first album for United Artists titled Good Friday which was also released in North America under the song’s title. 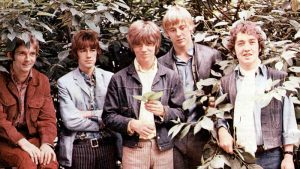 Be the first to review “Easybeats, The: Friday On My Mind” Cancel reply