“Decoy” is a 1984 album by  jazz musician Miles Davis, recorded in 1983. It features keyboardist Robert Irving III and guitarist John Scofield contributing most of the compositions and the other solos.

The theme of “That’s What Happened” comes from Scofield’s improvised solo from the track “Speak” included on the previous album “Star People”. Saxophonist Branford Marsalis guested with the group on the September 1983 studio sessions. 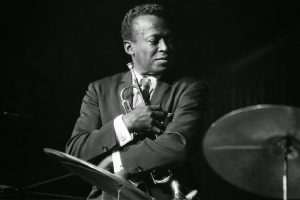 Be the first to review “Davis, Miles: Decoy” Cancel reply