“Agharta” is a live recording by Jazz musician Miles Davis from a 1975 concert in Osaka, Japan. It was recorded the same day as his LP “Pangaea“, the “Agharta” part of the concert was recorded during an afternoon matinee, while “Pangaea” was recorded in the evening.

Of all of Miles Davis’ live albums from the `70s, none are quite as funky as “Agharta”. The first of what would be his last two live shows before a five year retirement. Agharta finds Miles playing conductor for the funkiest band around. 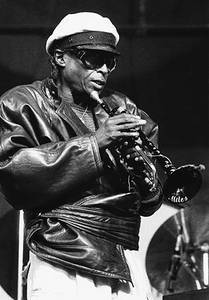 Be the first to review “Davis, Miles: Agharta” Cancel reply