“Wheels of Fire” is a double LP by Cream. The world’s first platinum-selling double album. The first disc was recorded in studio; the second recorded live.

While the second disc is labeled “Live at the Fillmore”, only “Toad” was recorded at Fillmore West. The other tracks were recorded live at the Winterland Ballroom in San Francisco.

The sleeve was designed by Australian pop artist and cartoonist Martin Sharp.

In 2003, the album was ranked number 203 on Rolling Stone magazine’s list of the 500 greatest albums of all time. 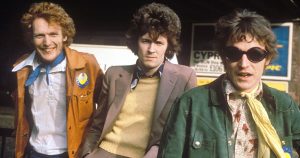 Be the first to review “Cream: Wheels of Fire” Cancel reply