“Slowhand” is an album by Eric Clapton, released in 1977. It contained three of his most popular singles, the bluesy “Cocaine”, the ballad “Wonderful Tonight” and the country-flavored #3 U.S. hit “Lay Down Sally”.

In 2003, the album was ranked number 325 on Rolling Stone magazine’s list of the 500 Greatest Albums of All Time. 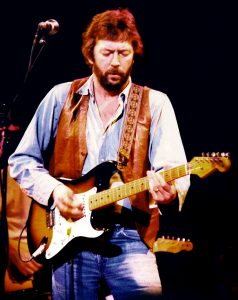