Eric Patrick Clapton, (born 30 March 1945), is an English rock and blues guitarist, singer, and songwriter. He is the only three time inductee to the Rock and Roll Hall of Fame: once as a solo artist and separately as a member of the Yardbirds and Cream. 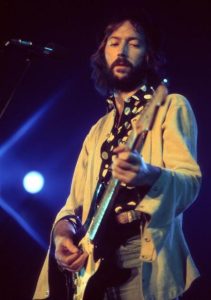 Be the first to review “Clapton, Eric: E.C. Was Here” Cancel reply