“Backless” is the sixth studio album by blues rocker Eric Clapton, released in 1978. The album reached No. 8 on the pop charts. A blue and white scarf worn by Clapton on the album sleeve is believed to be a scarf of West Bromwich Albion Football Club. Original Label. Vinyl LP. RSO Records   RS-1-3039 VG*****  1978

“Backless” is the sixth studio album by blues rocker Eric Clapton, released in 1978. 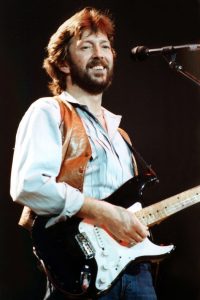 Be the first to review “Clapton, Eric: Backless” Cancel reply