“Jazz Impressions of Eurasia” is an LP recorded in 1958 by the Dave Brubeck Quartet, all of the compositions recorded after they returned from a long tour of England and the Middle East. Original Issue. Original Six Eye Label. Double Arrow Stereo logo. Inscriptions. LP. Columbia CS 8058. VG**** 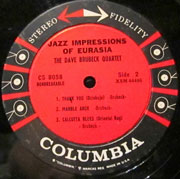 “Jazz Impressions of Eurasia” is a studio album recorded in 1958 by Dave Brubeck and his Quartet.

All of the compositions for “Jazz Impressions Of Eurasia” were recorded after they returned from their 1958 American State Department tour of England and the Middle East, during which time they played 80 concerts in 14 countries, including Turkey, Iran, Iraq, India, Pakistan, and Afghanistan, in just over three months.

From the Bach-like structure of “Brandenberg Gate”, the wailing “Golden Horn”, and the Chopin-inspired “Thank You”, every tune on this album tells a story. 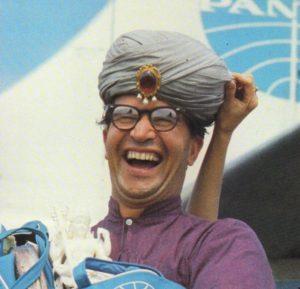 Be the first to review “Brubeck, Dave: Jazz Impressions of Eurasia” Cancel reply