”Don’t Look Back” is the second studio album by the rock band Boston, released in 1978. Boston is an American rock band from Boston, Massachusetts, that achieved the majority of their success in the 1970s.

Centered on guitarist, keyboardist, songwriter, and producer Tom Scholz, the band is a staple of classic rock radio playlists. Boston’s best-known works include the songs “More Than a Feeling“, “Peace of Mind“, “Foreplay/Long Time“, “Rock and Roll Band“, “Smokin’“, “Don’t Look Back“, and “Amanda“. 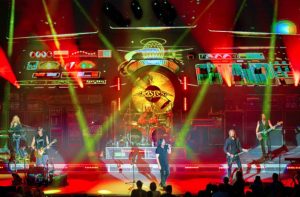 Be the first to review “Boston: Don’t Look Back” Cancel reply