“Outlandos d’Amour” is the debut studio album by English rock band The Police. It was released in November 1978.

While their subsequent chart-topping albums would contain far more ambitious songwriting and musicianship, the Police’s 1978 debut, Outlandos d’Amour (translation: Outlaws of Love) is by far their most direct and straightforward release. 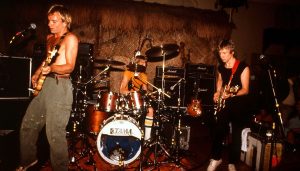