“Ambrosia” is the eponymously titled debut album by Ambrosia. It was released in 1975 on 20th Century Fox Records. The album was nominated for a Grammy Award for Best Engineered Recording (other than Classical). Alan Parsons was the engineer for Ambrosia’s first album and the producer for their second. 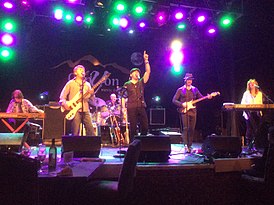