“Live 1975-1985” is a live album by Bruce Springsteen & the E Street Band. It consists of 40 tracks recorded at various concerts between 1975 and 1985. It was released as a box set with either five vinyl records, three cassettes, or three CDs. This is the LP set. 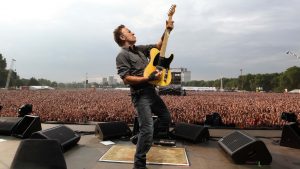