“Magazine” (Picture Disc) is a collector’s edition of the second studio album by the American hard rock band Heart. It has an unusual history in that the first release in 1977 was an unfinished version not authorized by the group. A second authorized version of the album was re-released in 1978. 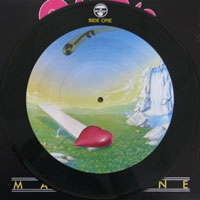