Black Beauty: Miles Davis at Fillmore West  was recorded on April 10, 1970, at the Fillmore West in San Francisco – where Davis and company opened for The Grateful Dead – shortly after the release of the trumpeter’s Bitches Brew album and the recording of Jack Johnson. (1971). 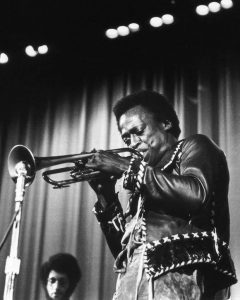