“Ole'” is the ninth album by jazz musician John Coltrane, and was released in 1961 on Atlantic Records.

“Ole” is one of John Coltrane‘s better, if often overlooked, Atlantic Records releases. Recorded in-between the two sessions that formed the Impulse! release “Africa/Brass“, “Ole‘” was the master’s final recording for Atlantic before moving over to the Impulse! label.

The album was recorded at A&R Studios in New York, and was the last of Coltrane’s Atlantic albums to be made under his own supervision. 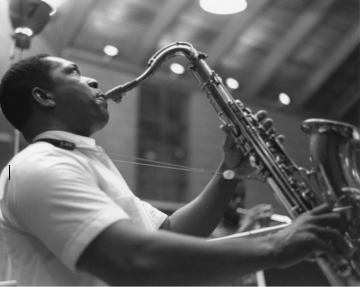 Be the first to review “Coltrane, John: Ole’” Cancel reply