So what are “Bootlegs”? Back around the late 1960’s a wave of vinyl LP recordings began showing up at local record stores; not the chains like The Wherehouse or even at Tower; but at the small mom & pop indie stores like Village Records in Mill Valley and Rhino Records in West LA.

The LPs typically had plain white covers with crude cover art, usually a heavily-solarized photo of the featured artists with one page inserts printed on both sides, often hand-written – listing the songs and lyrics. 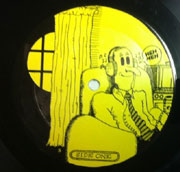 TAKRL Side One Label

The record labels themselves were more than often blank with nothing more than a side number printed on them. They were typically referred to as “bootlegs” — unofficial recordings copied from radio broadcasts or even recorded “live” at a venue by some enterprising thief with a tape recorder and microphone.

There were many such labels, the most famous of them being The Amazing Kornyphone Record Label (TAKRL); Trademark of Quality (TMOQ), and Rubber Dubber all active from the late 1960’s to the mid 1970’s.

I recall a show we went to back in the mid-1980’s at a converted theatre in LA out on Hollywood Blvd. headlining the Joe Ely Band fronted by the Texas Twister himself. Wherever that band played they left a crater behind, they were that hot. The opening act was Lone Justice a local “cowpunk” band, featuring the incomparable Maria McKee on vocals.

In retrospect, is is ironic that both headliners, Joe Ely and Maria McKee remain under appreciated even today, when they had such overwhelming talent, media hype, and a loyal following at the time. Listening to their current music still brings chills to my bones and tears to my eyes; the vagaries of stardom. 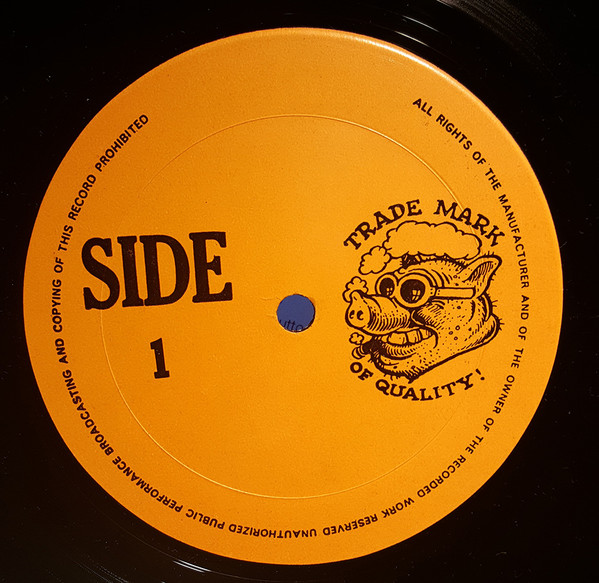 But I digress. The venue was standing room only so I positioned myself stage center in the back of the ballroom floor, festooned in a “Can’t Bust-Em” Willie Nelson shirt, a tan Stetson on my head and my Tony Lama boots. Near the end of the Lone Justice set – Maria McKee (at 20) belting out the lyric to “Don’t Toss Us Away” – I just happened to glance over my shoulder. Right behind me, sporting a watch cap that partially covered a set of head phones, and a trench coat that shielded two mini-shotgun mics, stood a scruffily-bearded chap with a large proboscis articulated over an ogre-like grin – savoring the moment as he captured a bit of musical history. I gave him the once-over than turned my attention back to Ms. McKee’s scintillating contralto. But the image stuck with me — even 30 odd years later. The guy may have been the Rubber Dubber himself or at least someone who took as inspiration that TMOQ “pig face” label.

We have many such original LP releases in stock, including the original release on Lurch Records (a precursor of TMOQ) of the classic Rolling Stones concert recorded in 1971 at the Oakland Coliseum titled Live’R Than You’ll Ever Be.

We also have a copy of the original Zerocks Label 1970 release of Zimmerman Looking Back (see feature image above); a rare double LP of live concerts by Bob Dylan, including the 1966 Royal Albert Hall performances plus performances from the 1966 Adelphi Theatre in Dublin and the 1963 Town Hall appearance – both mislabeled as being from a Berkeley Community Theatre concert. This one is a must-have for Dylan collectors.

Then there is an original first pressing double LP of a Neil Young performance recorded at the Dorothy Chandler Pavilion in LA on February 1, 1971 titled “I’m Happy That Y’all Came Down” released on Rubber Dubber Records.

Check out these and our inventory of other rare bootlegs from The Beatles, The Stones, Fleetwood Mac, Pink Floyd, Dylan, and others.

This entry was posted in Collectors Corner and tagged in Bootlegs, Rubber Dubber, TAKRL, The Amazing Kornyphone Record Label, TMOQ, Trademark of Quality.